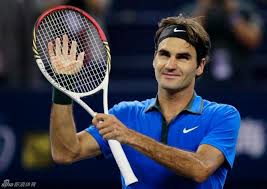 Roger Federer has 17 Grand Slam titles throughout his career, but only one earned at Roland Garros. As he nears the end of his career, there may be one last ditch effort to add another to the mantle.

On Sunday Novak Djokovic beat Federer at the Rome Open finale, and Djokovic has yet to win the French Open.

Back in March Djokovic reveled in playing a final with one of his greatest nemesis, and his hope for that tournaments matchup.

“If I get to play Roger, it’s the ultimate final that right now I can have,” Djokovic said. “[He is] probably the player that is in the best form. In the last 12 months, he’s been playing some of his best tennis.”

Meanwhile, Federer feels that his best years are behind him.

“I consider I had one of my best years from 2005-2007 so of course I was confident going on court,” Federer said. “I was in a zone and it is really important to be there for the longest possible time. Enjoy it, add titles, live the dream. As a kid I wanted to be a professional and be able to play big matches in big stadiums, that was what it was all about for me. I’ve been more successful than I’ve ever thought I was going to be. If I wanted more success I had to work harder and sacrifice some things.”

So maybe Sunday’s loss wasn’t a bad thing for Federer and sportsbook software solutions. Maybe it was his way of saving a little energy for the coming French Open tournament, planning his way to his next slam title.

At 33 years of age, Federer can take a little pressure off himself.

“I don’t want to say I’m less driven but I’m in a really good place right now. I enjoy playing tennis with a proper goal in mind—that’s what’s important to me. I enjoy practice, enjoy traveling, enjoy the matches, everything that surrounds the game.”