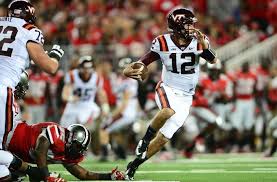 There are still plenty of questions about how the Virginia Tech Hokies are doing after they were defeated by East Carolina at home 28-21, and Georgia Tech’s Yellow Jackets had to score in their game’s very last minute so they could take out Georgia Southern ,who were playing for the third time as FBS members. Price per head agents saw that Georgia Tech also had no choice in the second half but to play very deep so they could beat Tulane and Wofford.

Ever since 2008, when Paul Johnson gave the Yellow Jackets the puzzling spread option, Bud Foster, Hokies defensive coordinator, was pretty successful in solving the problem as his team were able to win six games, which include 17-10 in Atlanta last year as Georgia Tech only gained 129 rushing yards. This time around, the Hokies could have a much weaker defense as Corey Marshall and Luther Maddy – starting defensive tackles – are trying to recover from injuries. At 22, the defense that Virginia Tech currently has allowed more plays of 20+ yards than all teams but three in the FBS.

Regarding Georgia Tech, they’re currently 3-0, and sophomore Justin Thomas, the team’s starting QB, was able to rush for 278 yards, and as a passer he was very dangerous with 19.4 yards per each completion made – the FBS’ third best – and he also threw for six TD’s. The player also threw one interception and only fumbled one time in the game, which happened to be on a sack when the opening snap was made in the Yellow Jackets’ win over Tulane.

When it comes to Virginia Tech, they’re now 2-1. After a very solid start to the season which saw the Hokies beat the Ohio State Buckeyes, Michael Brewer had his role when the team was defeated last week 28-21 by East Carolina as the player was especially weak in the first half – with two interceptions – as a lead of 21-0 was taken by ECU. Something else to think about is the Hokies’ running game, which on 33 carries had an average of only 2.8 yards when they took on East Carolina.

Many price per head agents believe that Georgia Tech is doing alright, but still think that Virginia Tech could be the ones to win the game.