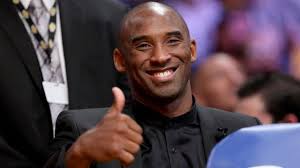 NBA fans know that the Lakers built their team around Kobe Bryant for a very long time already, but sportsbook software services can see that they’re getting ready to move on, even if the player isn’t with them anymore.

“At some point we have to start a new run, and that’s definitely going to include Kobe next year,” said Lakers GM Mitch Kupchak.

“To jeopardize the next five or seven years … [by bringing] in old veterans that make a lot of money, just to win one more year, because that’s Kobe’s last year or could be his last year, I’m not sure that fits into doing it the right way.”

“It can turn quickly, but a lot of it’s out of our control,” said Kupchak. “If you have picks and you have a lot of financial flexibility, there are a lot of ways to improve your team quickly. I can’t sit here and say that’s what we’re planning on.

“We’re going to look to do this the right way, which is to try to make prudent decisions about youth and veterans and making commitments to players under the existing rules. I’d love to be able to put together a young team that can win 55 games next year, but it’s not that easy. It’s just not that easy. It’s not off the table. It’s our goal, but we want to make sure we do it the right way.”

Bryant might not take Kupchak’s apparent patience very well, as the player recently said in an interview with GQ, “I know what Mitch tells me. I know what Jim and Jeanie [Buss] tell me. I know that they are hell-bent about having a championship-caliber team next season, as am I.”

This season, Bryant was only able to feature in 35 meetings before the player went to the sidelines after his right shoulder suffered a ruptured rotator cuff.

The GM said that he also didn’t talk to the world famous shooting guard about him possibly playing past his deal with the team. Coach Byron Scott recently said that he thinks that Bryant could keep on playing, and many fans also believe that he can continue.

“At this point, it’s really not something that you would talk about,” said Kupchak. “[Bryant] just had a very complex surgery and is under contract for another year. He has to get back where he feels he can perform at a high level, and that’s like months and months down the road. So to really look beyond that, from our point of view, is not realistic.

“I think what Byron was saying was: If he didn’t get hurt and he returns to be able to play at that level, then he probably could contribute going forward. But there are too many ‘ifs’ right now for us to sit down and try to think of a plan.”