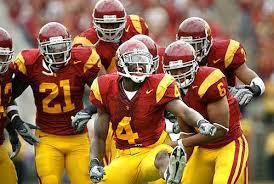 Steve Sarkisian could be USC’s new coach, but price per head agents can see that he knows his way around the job.

On Saturday night, Sarkisian’s sixth season as a college’s head coach got underway in USC’s 52-13 win over Fresno State. However, for everything that he experienced in almost ten years as a head coach, he wasn’t ready for what he came across this time around with USC.

“I said to the staff, jokingly, ‘There’s nowhere in the head coaching manual do you turn to Section 13.2 and it tells you how to deal with this stuff that we dealt with this week,'” Sarkisian said. “You deal with it and you trust your gut and you go with your instincts and you rely on the people that are close to you and you believe in your beliefs and you move forward and that’s all you can do.”

On Saturday night, as Sarkisian was at a press conference after his team defeated Fresno State, he was still not sure if he was able to properly handle everything that happened during the week, and price per head agents know that he had plenty to deal with.

The coach is confident that he wanted to keep the Trojans completely focused on their game, and even though Fresno State weren’t a perfect team on Saturday night, they were able to impress.

It was not an easy ride, considering that the team captain and secondary’s leader, who is the team’s cornerback with the most experience, made up a story saying that he was a hero. And then another one of the team’s players ended up quitting the team, taking on social media, and blaming Sarkisian for racism.

“We’re going to be faced with adversity all the time and we found out about ourselves individually and we find out about our group collectively and I think we found out a lot about this team. This team has great leadership. These guys are mature. They’ve been through a lot and I thought they handled this week just like professionals.”