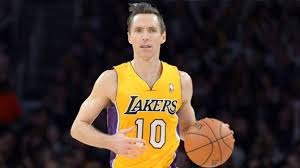 On Tuesday, LA Lakers coach Mike D’Antoni said that point guard Steve Nash is “going to try and do everything he can to come back” from the hamstring, nerve, and back irritation that limited him during the past two seasons, and the player does not have any immediate plans to retire – much to the relief of price per head services.

Price per head services saw that there was plenty of speculation that the player could be forced to consider retiring from the sport since on November 11, when the team ruled out Nash for a minimum of two weeks due to nerve root irritation.

The condition can affect the 17-year veteran’s hamstrings, back, or even his neck without any warning, and it comes from a collision that he had with Portland’s Damian Lillard in his second game last season with the Lakers.

It limited the player to only 22 minutes per game this year over six games. He is the NBA’s oldest player. Pay per head services found out that the team owes him $9.3 million this season, and in 2014 they owe him $9.7 million.

D’Antoni said that in recent days Nash was working with his Canadian doctor and trainer, Rick Celebrini, in recent days, and the player’s fans, as well as price per head services, would like to see back in full fitness as soon as possible.

Kobe Bryant, Lakers guard, said that he was communicating with Nash as the players try to return this season from serious injuries.

“Steve and I have been extremely close through this process,” Bryant said. “That’s part of our job as teammates is to pick each other up and put them in position where he can still be extremely efficient and extremely successful.”