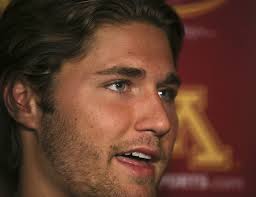 Price per head sportsbooks learned that on Tuesday, Rutgers announced that the school dismissed quarterback Philip Nelson from its football program.

Nelson was charged with one count of third-degree assault and one count of first-degree assault after he allegedly kicked a 24-year-old Isaac Kolstad in the head during an altercation in downtown Mankato, Minnesota, this weekend, leaving Kolstad severely injured, and leaving many fans and pay per head services very concerned.

“The Rutgers football family’s thoughts and prayers are with Isaac Kolstad and his family,” Scarlet Knights coach Kyle Flood said.

According to a criminal complaint, early on Sunday morning, a 20-year-old Nelson kicked Kolstad in the head as he was lying on the ground after being hit by another man. Price per head sportsbooks found out that on Monday, Kolstad – a former linebacker at Minnesota State, Mankato – was in critical condition due to a severe head injury.

The complaint also said that witnesses described Nelson as being angry over attention given to his girlfriend.

A police sergeant who was reviewing surveillance video said that Kolstad was hitting Nelson in the back, then moving away and being chased and hit by an unidentified man. The video was released by police with hopes of identifying the man, who ran away from the scene.

“Nelson pushes past others, approaches I.K. and delivers at least one kick to the left side of I.K.’s head,” the complaint reads. “Sergeant Knutson noted that the video clearly shows that I.K. was defenseless as Nelson delivers the kick or kicks to the head.”

And pay per head services learned that on Monday, Nelson appeared in court wearing an orange jail jumpsuit, with his ankles chained and his hands cuffed. Then price per head sportsbooks found out that Jim Fleming, his attorney, said that it wasn’t certain who caused Kolstad’s injuries, suggesting that the man who was being sought by police “threw a debilitating blow to the victim.”

According to Fleming, Nelson “was not an aggressor in this situation.”

When he came out of Mankato West, Nelson was a top recruit in 2011 as the state’s Mr. Football, and at Minnesota he spent much of his first two seasons as the starter for the Golden Gophers.

Pay per head services saw that last season, Nelson played in 11 games, but afterward he announced that he would transfer to Rutgers.