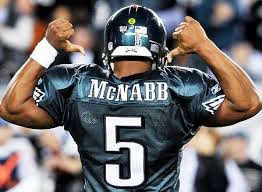 “That is ridiculous,” McNabb told the Philadelphia Inquirer. “I don’t know what comments you expect to get from me, but that is news to me and completely false. For me to bully anybody, that sounds unbelievable.”

Pay per head services saw that in an interview with Sync Weekly, a website based in Little Rock, Arkansas, Andrews, who is a two-time Pro Bowl guard, said that McNabb “was degrading to me and spread rumors.” Andrews said that among the rumors was one that he was gay.

Andrews was released by the Eagles in 2010 after seven years that included the two Pro Bowl appearances and several other issues, which include his 2008 refusal to report to training camp and back injuries. Andrews told Sync Weekly that he had problems with depression. Price per head sportsbooks found out that when he reported to camp, he apologized in front of the whole team. McNabb, he said, “was rolling his eyes at me the whole time.”

The accusations made by Andrews first came to light earlier this month in an interview with 97.5 The Fanatic – a Philadelphia sports-talk station. They were prompted by the situation with the Miami Dolphins, in which offensive lineman Richie Incognito was accused by teammate Jonathan Martin of harassment and bullying – something that price per head sportsbooks can see is currently all over the news.

“I don’t really understand why this would come about, one, and two, how this would even be an accusation,” McNabb told the Inquirer. “If there’s anything I can say, I was more than open to Shawn. I always tried to be open to all the guys.”

“I never saw anything negative or evil come out of [McNabb],” Garcia said.