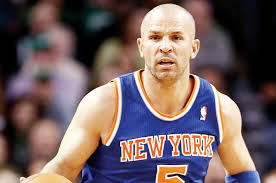 Price per head sportsbooks learned that Jason Kidd, Brooklyn Nets coach, allegedly used “a 13-letter word” in a rant against assistant Lawrence Frank after the team’s loss on November 3 in Orlando.

“Sit the (expletive) down! I’m the coach of this (13-letter word) team! When you’re on the bench, don’t (expletive) move,” said Kidd, according to NBA.com, which did not give additional details on the meaning of the 13-letter word.

After the argument, Frank was “reassigned” to a role where he would make “daily reports.”

According to sources, at one point somebody in the organization told Frank to change his behavior on the bench and to not be as demonstrative and active as he was earlier in the season. Frank learned the week before that he wouldn’t be sitting on the bench during games or helping run practices, and price per head sportsbooks definitely noticed that he was not doing as much as before.

Other coaches who were facing the Nets thought that Frank was maybe ill since he was being so quiet, according to a report by the NBA.com.

“You know, I don’t know,” small forward Paul Pierce said Monday when asked why things with Frank didn’t work out.

“That’s something for the coaching staff, I think. He worked hard, he did the things that they asked him to do that I thought were on the court. But obviously some behind-the-scenes things that probably went down that didn’t go well with the coaches and that’s why the decision was made.”

Sources said that Frank signed a six-year contract that was worth approximately $6 million to help ease Kidd into his new head coaching role, be Kidd’s mentor, and the team’s defensive coordinator. According to several reports, he hired attorneys and will eventually look for a buyout.

At the time of Frank’s reassignment, sources said that there was a difference of philosophies and “friction” between the two, and pay per head services hope to see things settle down.

Since was move was made, the Nets (6-14) are 1-2, and price per head sportbooks seriously hope that things improve for the team.