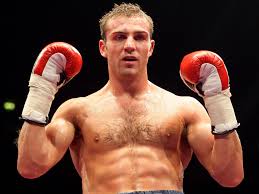 Price per head services were very excited to see that Matthew Macklin had a winning start to his life with new trainer Jamie Moore, as he clinched a unanimous points victory over the previously undefeated Lamar Russ.

In his return to action for the first time since losing to Gennady Golovkin in three rounds, pay per head services saw that Macklin was always in control against a late replacement for an injured Willie Nelson.

The fight at Boardwalk Hall went the distance, as the Birmingham-born middleweight awarded it by 98-92, 97-93 and 96-94 margins.

Price per head services know that the fighter will now hope to work his way into another shot for a major belt after defeating Russ, who in his career never went beyond eight rounds.

Since the end of 2010, the victory is the second one for Macklin. Price per head services saw that last year, he was able to stop Joachim Alcine inside a round as he previously failed against Sergio Martinez and Felix Sturm in title challenges.

This was the fighter’s first outing with former rival Moore in his corner – the boxers having fought seven years ago in a vicious British title fight that saw Macklin stopped in the 10th round by his opponent.

Also in Atlantic City, Guillermo Rigondeaux kept his WBA and WBO super-bantamweight titles with his own unanimous points win.

Price per head services saw that the Cuban, based in Miami, made a shut-out victory over two-time bantamweight champion Joseph Agbeko – all three judges scoring the fight at 120-108.

Rigondeaux, a two-time Olympic gold medallist who last April beat Nonito Donaire, was dominant throughout the fight without ever looking like stopping an opponent who for the first time in his career fought the 122lb-limit.

“I came to do what I need to do,” he said through an interpreter afterwards. “Every time out there, I try to improve. I’m improving every day. I had no problems in any round.”

In the co-feature on Saturday night, middleweight James Kirkland made a sixth-round TKO over Glen Tapia, a previously undefeated prospect.