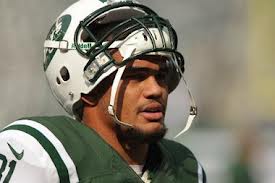 Dustin Keller, Miami Dolphins tight end, will not be able to play during the entire 2013 season following a serious right knee injury suffered against the Houston Texans on Saturday night, and price per head services wonder how this could affect the team’s performance.

According to sources, the player suffered a dislocated knee and tore his PCL, ACL, and MCL.

The Dolphins did not yet give official word on the player’s injury.

Price per head services saw that on Saturday night, Keller’s leg bent unnaturally when he was tackled by D.J. Swearinger on the right knee on an incomplete pass. The player immediately grabbed his right knee and was promptly carted off.

“With the rules in this era you’ve got to hit low,” Swearinger told ESPN.com’s Tania Ganguli. “If I would have hit him high, I would have gotten a fine. So I think I made the smartest play. I’m sorry it happened and I pray he has a speedy recovery.
… Right now it’s just instinct. You see somebody come across the middle, you gotta go low. You’re going to cost your team 15 yards. You’ve got to play within the rules.”

The rookie safety who is a big favourite with pay per head services said that he knew he had to change his style of play after being penalised in college for high hits.

“My senior year I had like three helmet-to-helmet [penalties],” Swearinger told ESPN.com. “I knew I had to change my style of play and start targeting low.”

Pay per head services saw that Keller spent his first five seasons playing with the New York Jets before the offseason, when he signed with the Dolphins a $4.25 million, one-year contract, hoping to prove that he deserves a long-term extension. In his career, the player has 17 career touchdown receptions, but in 2012 he played in only eight games because of ankle and hamstring injuries.

On Saturday, the player had one reception for 14 yards.

His injury is a big setback for Miami, who signed Keller to replace tight end Anthony Fasano and help Ryan Tannehill, second-year quarterback. Tannehill and Keller had clicked in training camp and in the second exhibition game connected on a 22-yard touchdown pass.

Pay per head services learned that rookie Dion Sims, Kyle Miller, Michael Egnew, and Charles Clay are among the tight ends on Miami’s roster that will compete to try to fill the spot that was left by Keller.