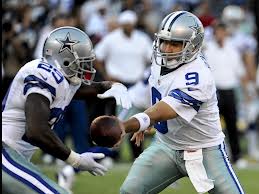 Price per head services learned that the Dallas Cowboys are confident that receiver Dez Bryant will play against the Kansas City Chiefs on Sunday after an MRI showed that the player’s left foot had a mild sprain.

The team and pay per head services are more worried about cornerback Morris Claiborne’s dislocated shoulder, even though he also returned to play against the Giants after sustaining the injury.

“That’s the one we’ll have to keep a real eye on, just according to what degree it slipped out,” owner/general manager Jerry Jones said Tuesday on KRLD-FM.

“They had to put it back in. We’ll probably have to brace that up pretty good, but there’s a good chance he’ll go.”

Price per head services were very concerned when they saw that Bryant’s foot was injured in the fourth quarter of their win on Sunday night over the New York Giants, and he returned to the game. This week, the player will likely be limited in practice, but he told ESPNDallas.com there is “no doubt” that he’ll be set to take on Kansas City.

“We think that it’ll be something that we will watch this week but he can play with this week,” Jones said.

The Cowboys and price per head services are very optimistic that defensive end Anthony Spencer will be able to make his season debut against the Chiefs.

Spencer was hoping to play in the opener, but the previous weekend he had a setback in his recovery from arthroscopic knee surgery. Spencer still didn’t practice since the operation on July 25.

George Selvie, who signed with Dallas following Spencer’s surgery, did a great job as a fill-in starter. Price per head services saw that the player had a sack and fumble recovery in the win over the Giants.

“We don’t want to bring Spencer along any faster than we have to,” Jones said, “but he sure had a good last two or three days before we stopped Sunday.”