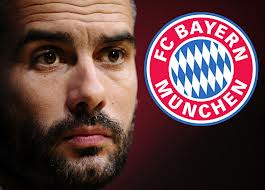 Pep Guardiola, Bayern Munich manager, believes that his side will have a very difficult match against Shakhtar Donetsk when they go to Ukraine to take on Mircea Lucescu’s side on Tuesday, in a Champions League meeting that online bookmakers believe should not be missed. They also think that Bayern should exercise plenty of caution when they face the Ukrainian outfit, as they’re definitely not a side to be taken lightly at all.

The match taking place in Lviv will be the Ukrainian side’s first competitive match this year, as Bayern were able to get back on track following the Bundesliga’s break in the middle of the season by brutally beating Hamburg with an impressive score of 8-0.

But the Spanish manager is very wary of the Ukrainian side, as they have the services of Luiz Adriano, the Champion Leagues’ current top scorer, and a player who many experts believe can be a real threat to Bayern in this upcoming matchup.

“I respect Shakhtar and their coach Mircea Lucescu very much,” said Guardiola.

“This is a very smart coach who has created one of the best teams in Europe.

And many fans fully agree.

“I played against Shakhtar five times with Barcelona and although we had a really amazing squad it was always so difficult.

“You may remember the UEFA Super Cup match when we scored only in extra-time. Once they defeated us at home.

“I told my players: ‘If you beat Shakhtar then you can be very proud because they really are one of the top teams.’

“They have a great striker in Luiz Adriano. Douglas Costa, Marlos, Taison, Alex Teixeira are all great players.

“And I have special words for their captain Darijo Srna. I have watched him a lot for club and country. He would be a talisman in any team in the world.”

Guardiola are looking forward to Bayern getting back the services of Xabi Alonso for this meeting, as the Spaniard suffered an injury to the thigh when Bayern pounded Hamburg, and many fans are knocking on wood, hoping to see the player feature in this game.

Bayern’s fans and online bookmakers are well aware of how careful the team must be when they face Shakhtar, as they’re a very strong team who can be a huge threat on the pitch, and are perfectly capable of pulling off a surprise if Bayern happen to lose their focus for even a second.