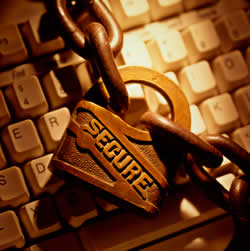 Pay per head sportsbooks have lines on high impact sports such as football and hockey, in which concussions are of growing concern. Leagues such as the NFL and NHL are slowly changing the rules to lower the risk of injuries to the players, but what about those already injured?

Pay per head sportsbooks have lines on high impact sports such as football and hockey, in which concussions are of growing concern. Leagues such as the NFL and NHL are slowly changing the rules to lower the risk of injuries to the players, but what about those already injured?

Almost 1000 former NFL players are currently involved in class action lawsuits against the league and last week’s loss of former linebacker Junior Seau only gives more strength to the cases.

In a suit, filed March 23, former Washington Redskins quarterback Mark Rypien and fellow players stated that the NFL failed to educate them for years on the risks associated with suffering repetitive traumatic brain injuries and concussions, and instead ignored and concealed the information.

Seau died of a self inflicted gun shot to the chest, the same manner that Dave Duerson had employed in 2011. Before he died, Seau had apparerently told a friend he was worried he had CTE (chronic traumatic encephalophy), and hoped to donate his brain to be examined.

CTE is a degenerative brain disease that results in behaviors similar to Alzheimer’s disease (AD). However, according to researchers, CTE has a clear environmental cause (repeated brain trauma) rather than a genetic cause. In other words, CTE is the only preventable form of dementia.

Roger Goodell, Commissioner of the NFL, has stated that he wants to reduce the injuries and bump up player safety. The NFL has tightened enforcement of rules that prohibit blows to the head and hits on defenseless players. Teams’ medical staffs now must follow procedures designed to ensure that players are removed from games if they show symptoms of concussion and are fully healed before they return.

In addition, moving kickoffs up 5 yards last season did exactly what the NFL sought, reducing concussions.

The move hasn’t seemed to affect the lines at pay per head sportsbooks, who are happy that the safety issued is being addressed, and price per head agents only hope that other leagues take serious consideration of the matter.