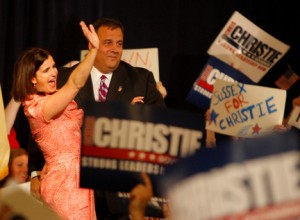 Move over Governor Chris Christie; you have now been knocked off of your pay per head sportsbook soap box. You’re not the only state wanting to set up a price per head sports service.

The Californian Senate recently voted 32-2 to approve SB 1390 and send it to the Assembly for consideration and Sen. Roderick Wright (D-Inglewood) said that he expects the federal government to eventually change its law that prohibits all but four states from allowing sports betting.

According to the bill, “this bill would authorize the owner or operator of a gambling establishment, horse racing track, or satellite wagering facility, with a current license, to conduct wagering on professional and collegiate sports or athletic events by applying to the California Gambling Control Commission or the California Horse Racing Board, as specified, for authorization to conduct sports wagering. The bill would require the department and the board to adopt regulations to implement these provisions. The bill would authorize the department and the board to adopt regulations establishing fees in a reasonable amount to recover their costs relating to the administration and enforcement of these provisions. The bill would require the department to, among other things, investigate any request made by the board or the commission in connection with an application for authorization, and to investigate alleged violations of the above provisions. Any violation of these provisions would be punishable as a crime. By creating a new crime, the bill would impose a state-mandated local program.”

In an interesting new twist, New Jersey’s is now waiting on the results of a vote on a bill allowing gamblers to use handheld devices to wager while on the grounds of Atlantic City casinos currently on casino games only.

Sports betting will still be a questionable topic since the Federal Government currently only allows four states to have sports gambling; Nevada, Montana, Oregon and Deleware.

The federal courts will almost certainly issue an injunction against the state of New Jersey to cease and desist from offering sports betting if New Jersey does indeed follow through with Christie’s threat, but it could put the issue on the fast track to the U.S. Supreme Court which is exactly what many states now want.

From what started as a simple indictment last week of individuals using pay per head sportsbooks, has now turned into a nationwide debate, which may just change the gambling laws in the United States faster than most would have believed.