Pay Per Head Breakdown of the Eastern Conference 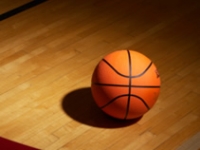 The Eastern conference quarter finals have pay per head shops busier than ever so we thought we take a look at some of the contenders.

The Eastern conference quarter finals have pay per head shops busier than ever so we thought we take a look at some of the contenders.

Miami Heat/New York Knicks – Miami has long been a favourite to take the championship, and Game 1 against the Knicks let them get one game closer to their goal.  Will the dream team be able to secure a second game Monday, or will the Knicks be able to hold their own for Game 2.

The battle weary Knicks will have an almost 100% Tyson Chandler back on the court, but will it be enough to stop the speeding train that is Miami

Most price per head sportsbooks have the line favoring Miami by 10 and the total at 185, but after a defeat of 33 points over the Knicks on Saturday night, many pay per head agents are bumping up their Miami line hoping to get a better balance.

Orlando Magic/Indiana Pacers – Saturday’s game showed that these two teams are better matched than pay per head shops earlier thought. The absence of injured Magic center Dwight Howard is still affecting the odds and currently the Pacers are favored by 9½ with a total of 187½.

The Pacers, haven’t made it past the first round of the playoffs since 2005, so will Howard’s back injury be the ticket for them to move on?

Chicago Bulls/Philadelphia 76ers – Tuesday sees Game 2 with Chicago leading. The absence of Derrick Rose doesn’t seem to affect the Bulls spread so far, and they are the favorite by 6½ points and a total of 176.

Rose tore his anterior cruciate ligament in his left knee in the final 80 seconds of his team’s 103-91 victory against the Philadelphia 76ers on Saturday, so he is done for the season.

Boston Celtics/Atlanta Hawks – Tuesday also has the Celtics visiting their rivals the Hawks. The two teams at this point aren’t really looking like either of them could contend against the Heat, but one of the two will be moving forward anyway.

The aging Celtics showed their stripes in Game 1 seeming disinterred against the younger more athletic Hawks.

With Ray Allen still questionable for Boston, price per head sportsbooks are holding off on putting up a line, but the Hawks will likely be favored once again, but by how much…