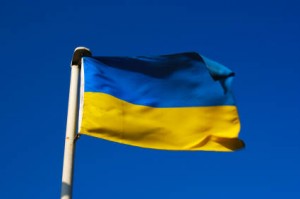 The Olympics brings out the country’s best and sometimes the country’s worst. Live betting may be still months away the famous games, but luckily one of the Ukraine’s worst has been suspended over ticket claims.

Sergei Bubka, president of the UOC suspended Volodymyr Geraschchenko after the BBC had revealed that he had been exposed in a sting operation attempting to sell 100 tickets for the Olympic Games.

“We are going to set up an independent commission to investigate. We must be fair and come to a correct decision.”

A BBC reporter contacted Geraschchenko and set up a meeting to buy the tickets for cash. When then questioned if he would have broken the Olympic Rules, he claimed that the meeting was not real and he only did it to satisfy a persistent person.

He said, “We have more demand than the number of tickets, so we will use all tickets allocated to the NOC of Ukraine. We will need more tickets and we will try to find them on the LOCOG Exchange page.”

The secretary general scandal has become an uncomfortable spotlight at an extremely uncomfortable moment for Ukraine, as it readies to co-host the Euro 2012 football championship next month amid Western disapproval at its treatment of jailed opposition leader Yulia Tymoshenko.

Live betting would also have been prevalent at the championship    at price per head sportsbooks as punters all over the world ready for the Olympics.

Tymoshenko, 51, is serving a seven-year term on charges of abuse of office, a case condemned as politically motivated by the West. Allegations she was beaten by prison officials in April have prompted top EU officials to announce a boycott of the football (soccer) championship games hosted in Ukraine during the June 8 – July 1 event.

Tymoshenko was sentenced in October for reportedly abusing her office powers while negotiating natural gas imports with Russia in 2009. She has denied the charges and claims that Yanukovych, who narrowly defeated her in the 2010 presidential vote, put her in jail to bar her from the fall parliamentary election.