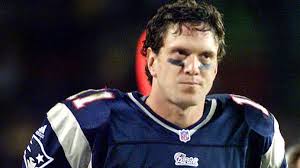 However, Bledsoe is also very well acquainted with QB Tom Brady and knows how he is – maybe better than most people. He believes that those former QB’s are mistaken about Brady having allegedly been involved in the DeflateGate fiasco.

“Put it this way, if I thought Tom was cheating, or lying, I simply wouldn’t say anything until I knew all the facts. But for guys to stand up and say that he cheated and that he’s lying about it without having all the facts in hand, I think that’s pretty irresponsible. I really do.”

After hearing this, many fans believe that the story could have been blown out of proportion, but they still want to learn the facts behind this whole mess.

The former player who’s very famous in the football world was expecting to see what he considered to be “a quarterback fraternity” backing up his ex-teammate, like he did when he decided to send a text message to Brady, and many fans believe that he might have a point, as players in the same team should always support each other regardless of what happens on or outside the field.

“Tommy and I are friends,” Bledsoe told Boston.com. “When he took my job, it was tough. I didn’t like that. But it never had anything to do with Tom. He always conducted himself with class. When I see people come out and accuse him of being a cheater and a liar, I’ve got to stand up and say something. It’s just not true. It’s not who he is. It’s not what he’s about.”

Patriots fans are very worried about the DeflateGate scandal, and hope that things somehow settle down. Still, many NFL fans and sportsbook software services would like to see what exactly happened in this fiasco, and would like to find out as soon as possible.