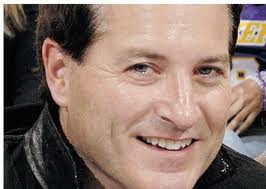 Price per head sportsbooks have learned that the biggest sponsorship deals in West Brom’s history has just taken a sudden turn as West Brom has decided to replace sponsor Bodog with Zoopla.co.uk with still a year remaining on their contract.

“The mutual decision to part company with Bodog was not an easy one for the Club based on the fact we were very happy with our relationship,” said West Brom’s sales and marketing director Adrian Wright. “However, the Club have been presented with an attractive new opportunity and Bodog were more than happy to accommodate our request to step aside and enable us to pursue a different avenue.”

It is thought that the post up and price per head sportsbook’s recent trouble with the indictment in February of this year is more likely the reason, with the 10th place West Brom wishing to distance themselves from any possible legal trouble.

Calvin Ayre, the former Canadian billionaire founded Bodog, a post up and pay per head sportsbook, and one of the world’s biggest online gambling comporations. Ayre was accused of operating an illegal gambling business involving sports betting and conspiring to commit money laundering.

In June of 2006 the United States passed the UIGEA (Unlawful Internet Gambling Enforcement Act) It “prohibits gambling businesses from knowingly accepting payments in connection with the participation of another person in a bet or wager that involves the use of the Internet and that is unlawful under any federal or state law”.

Mr. Ayre also was also in trouble with c, the U.S. Attorney in Baltimore for advertising his gambling company in the state of Maryland with the indictment stating, “Sports betting is illegal in Maryland, and federal law prohibits bookmakers from flouting that law simply because they are located outside the country. Many of the harms that underlie gambling prohibitions are exacerbated when the enterprises operate over the Internet without regulation.”

West Brom Albion fans will still be able to take advantage of Bodog’s “Baggie of the Month” competition until the year, according to the Calvin Ayre website and Ed Pownall, PR Director for the Bodog Brand, said: “We have very much enjoyed working alongside West Bromwich Albion during another successful season for the club as well as teaming up once again with Roy Hodgson.”