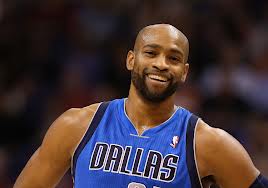 On Monday night, Dallas Mavericks’ Vince Carter, who was the victim of a playful headband tug by New York Knicks guard J.R. Smith, believes that people need to relax instead of considering Smith’s latest in-game prank to be an issue of controversy, and many price per head sportsbooks wonder what the big deal is behind the tug.

“What’s the drama? It was just funny to me,” said Carter, who hit 3-pointers on the past two possessions when Smith tugged the headband over his left ear with 10:54 remaining in the Mavericks’ 110-108 win at Madison Square Garden, in a game that was closely followed by pay per head sportsbooks. “It was just one of those things. He’s a good friend. It didn’t bother me.

“I hear everybody making a big deal about it, but he didn’t pull it over my eyes where I couldn’t see or play the game, so it wasn’t a big deal. I know because it’s him it’s an issue, but I’ve known him for a long time. He didn’t want me making any more shots. He was just joking.”

After the game, Smith said that he didn’t tug at Carter’s headband despite replays that clearly showed that he did, and many price per head sportsbooks believe that it could be better if the player just admits it.

In early January, Smith was given a $50,000 fine by the NBA for trying to untie the shoelaces of two opponents while they were lining up during free throws, and pay per head sportsbooks admit that they found the incident quite amusing. One of those opponents was Mavericks forward Shawn Marion, who saw it as nothing more than a harmless joke.

Carter, who against the Knicks scored a season-high 23 points and was 7-of-12 from 3-point, also believes that Smith’s behavior on Monday was nothing but harmless humor.

“Everybody had a little laugh on the side,” he said, “then we didn’t even think about it.”