Price per Head Sportsbooks: Manti Te’o out for a week after sprained right foot 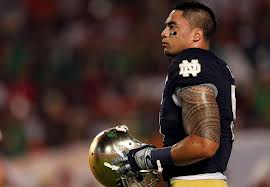 Price per head sportsbooks following the San Diego Chargers were very concerned when they found out that Manti Te’o, rookie linebacker, will be out this week after suffering from a sprained right foot, and will not play on Thursday at Chicago.

Te’o was in a walking boot while watching his team’s Saturday morning practice.

“Manti has a foot sprain and he will be out this week and I will give you any further updates as the week goes on, or next week,” coach Mike McCoy said. “But he will be out for the week.”

Price per head sportsbooks saw that the team did not make Te’o available to reporters, saying that the player would speak on Monday.

McCoy, a rookie head coach, was unwilling to talk about the injury.

When he was asked how Te’o – a starter who briefly played in his team’s 31-10 loss on Thursday to Seattle – suffered the injury, McCoy drew back.

McCoy said that the injury was diagnosed after the game.

But pay per head services saw that at Friday’s news conference, when he was asked about injuries, the coach said: “As of right now, no one has reported any serious injuries from last night. I haven’t sat down with our trainer yet, but I will in a little bit.”

This is the second time that McCoy did not provide much information on injured players.

After practice McCoy, downplayed the injury. The severity of the injury was announced by the team a few hours later.

Te’o will be out for one game – perhaps longer, and price per head sportsbooks hope that he recovers quickly.

“I think any player is disappointed when they have a little injury that is going to keep him out for a little bit,” McCoy said of Te’o’s reaction. “But it’s part of the game and he will do whatever he can to get back on the field as quickly as possible.”

On Saturday, running back Danny Woodhead missed another practice, and McCoy did not want to reveal the injury or when the player would return.