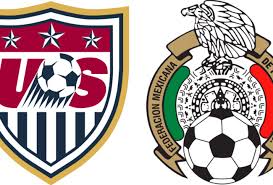 Coming up Wednesday is the battle of long time rivals, the USA and Mexico at the Alamodome, pay per head agents and soccer betting fans are choosing which side of the border their passion lies on.

It has been a year since the two have met for an international friendly, which in this case is anything but. Last year’s score yielded a 2-2 tie.

Since these are friendlies, players that are in European leagues are not required to leave their teams for this game, so it will be interesting to see how soccer betting will fare on this game.

So far the US head coach Jurgen Klinsmann has been able to get a few players outside of the US that are on loan to other non top tier teams, and are generally not in the first squad.

Goalkeeper William Yarbrough and defender Ventura Alvarado will be available, as well as Julian Green, currently on loan to Hamburg from Bayern Munich. Tottenham Hotspurs’ DeAndre Yedlin was also secured to play right back.

In all, 9 players from the 2014 World Cup team will be with the US team, but unfortunately Clint Dempsey and Jermaine Jones are out with injuries, and Jozy Altidore is not able to play due to a red card at last month’s friendly versus Switzerland.

For the Mexican team, soccer betting favorites Javier “Chicharito” Hernández and Giovani dos Santos are unable to leave their European commitments, so coach Miguel Herrera will be finding his team from the Mexican league.

Herrera has already decided to set up both this friendly team and the main team for the upcoming Gold Cup and the Copa America this summer.