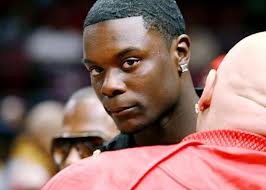 Lance Stephenson was certain that his performance this season for the East-leading Indiana Pacers guaranteed him a spot for the All-Star Game this year, but pay per head sportsbooks saw that it wasn’t so.

“I’m mad. I feel like I had my breakout year last year,” Stephenson said, according to The Indianapolis Star. “I showed I can play with anyone on the floor and I felt like this year, I brought a little bit more to my game.

“But other people saw it differently. I’m just going to keep working hard and prove everyone wrong.”

Pay per head sportsbooks learned that Paul George and Roy Hibbert were the only players to make the team from Indiana, who are leading the Miami Heat in the East by three games.

Pacers coach Frank Vogel will also be on the floor as coach of the conference’s top team. Pay per head sportsbooks found out that the West team will be led by the Oklahoma City Thunder’s Scott Brooks.

DeMar DeRozan of the Toronto Raptors, who are trailing Miami in third place, was one of two shooting guards who were picked by the East coaches, along with the Brooklyn Nets’ Joe Johnson.

Stephenson said that others shared his thoughts, and that the reaction of social-media after the announcement of the complete All-Star rosters on Thursday made it evident – something that pay per head sportsbooks could see.

“All of them felt like I got screwed,” Stephenson said. “Finally, everyone is on my side.”

Price per head services can see that in his third full season, the player has a career-high average of 14.2 points a game and 50 percent shooting from the field.

Vogel said that he was pleased with the way that the player responded a day after the news.

“He’s not verbally saying it, but I could tell he was hurt a little bit,” Vogel said, according to The Star. “But he came in and had great energy in practice today, great positive energy. He can move on and hopefully go on a tear.”

According to The Star’s report, during the portion of practice that was open to the media on Friday, team president Larry Bird stepped onto the court and patted Stephenson’s back.

“It’s hard,” Vogel said. “It’s something he deserved and he wanted it, so it’s tough. You just do what you can. You squeeze him, you hug him a little tighter and make sure he understands how important he is to us.”