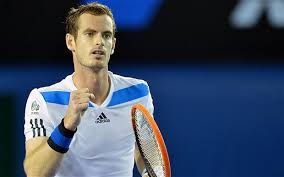 Andy Murray was delighted to fight off Kevin Anderson as he made it to Wimbledon’s quarter-finals for the seventh year in a row, leaving many fans and pay per head sportsbooks very impressed.

Anderson was a bigger threat after the roof was closed three games into the second set.

Murray said: “When it was outdoors, I played very well, I was in a good position.

“When we came back indoors he started to strike the ball a bit better, he started serving better and I was dropping the ball a little bit shorter than I was in the first set and a half so I had to do a bit more running.

“I got a bit tentative, but it was a good win because he was playing very well at the end, making it very tough for me.”

Pay per head sportsbooks found out that the Scot won 40 per cent of return points against the big server, saying: “You pretty much guess a lot of the time.

The crowd was a lot louder than in Murray’s other matches, especially at the most important moments, and pay per head sportsbooks could see why.

“I’m just trying to stay concentrated when I’m on court,” he said.

“But when you play in front of a crowd like that it gives you a big lift, raises your intensity and makes it hard for your opponents as well in tight situations. The crowd always help.

“It’s good to get off in straight sets and now I can rest up and get ready for the quarters.”

And now pay per head sportsbooks can’t wait to see Murray take on Queen’s champion Grigor Dimitrov, who is having his career’s best season.

“All of the matches are tough,” said Murray. “Everyone that’s in the quarter-finals of slams is playing top tennis, and I just have to do what I’ve got to do and concentrate on my side of the court.

“If I play well I’ll make it tough for them.”