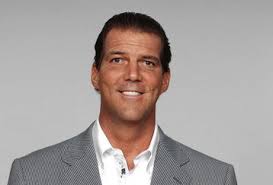 Steve Bisciotti, Baltimore Ravens owner, said that running back Ray Rice has a future with the team even though he was arrested last month on a domestic violence assault charge, and pay per head sportsbooks wouldn’t mind seeing the player back in action.

“If everybody was one-strike-and-you’re-out, then we’d all be in trouble,” Bisciotti told ESPN at the NFL owners meetings on Monday. “When somebody repeats mistakes, it’s showing a lack of character to me. You can’t take what Ray’s done — the kind of locker-room influence he’s been and the kind of community commitment that he’s shown — and say he’s a different person.”

Pay per head sportsbooks remember that on February 15, Rice was arrested and charged with simple assault-domestic violence following a physical altercation with his fiancée that took place at a casino in Atlantic City. A court date has not been set.

A video that was obtained and posted online by TMZ and was seen by pay per head sportsbooks shows Rice lifting his fiancée out of an elevator by her arms and laying her down on the floor. Michael Diamondstein, Rice’s attorney, said that the footage is incomplete.

“This is going to hurt his reputation, regardless of how it works out,” Bisciotti said. “It’s humiliating to him and his fiancée, and they’re both dying over this negative publicity.”

Bisciotti said that he spoke with the player about the incident.

“I showed my support,” Bisciotti said. “Would I show my support with repeated failures? No.”

Price per head services were concerned when they found out that Rice was one of three Baltimore players to be arrested in a 22-day period. Jah Reid, reserve offensive lineman, was arrested on March 9 on two misdemeanor charges of battery, and Deonte Thompson, backup wide receiver, was arrested on February 21 for possession of marijuana.

When he was asked if he was concerned about the Ravens’ image, Bisciotti said, “I’m disappointed, but I’m not concerned.”