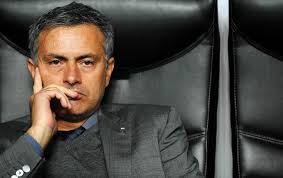 Pay per head services found out that Jose Mourinho, Chelsea manager, called for Jan Vertonghen to get a ban for his role in Fernando Torres’ red card against the Spurs.

At White Hart Lane, Gylfi Sigurdsson gave Tottenham a lead in the first half, but pay per head services saw that John Terry hit back in the second period, and it proved to be enough to give Chelsea a point.

But price per head services could see the controversy when Torres got a red card for two bookings on Vertonghen, but the Portuguese manager was angry about the second, with the Belgian going down holding his face even though he apparently had very little contact from the forward.

Mourinho asked the Premier League to clear Torres of any wrongdoing and to take retrospective action against the defender, and pay per head services wonder what will ultimately happen.

He told BT Sport: “The team was very, very strong until the moment the referee made a mistake, a big mistake that had a big influence on the result. The referee is not guilty — the player (Vertonghen) is guilty.

“He pretended that Fernando had a big contact on him and the referee went on trust. At that moment we were much better. They were in big trouble.

“We were winning everything in midfield and going in waves of attack – (Andre) Schurrle had just had a chance that normally he has to score. It leaves a bad taste because we should win.

“If I was boss of the (Premier League) committee I would give a one-match suspension to the Tottenham defender and nothing to Fernando.”

The Chelsea boss believed that a draw was also tough on his side.

He added: “I don’t think it was (fair). I think they were better in the first half but not much better, they didn’t create so many chances. In the second half, there was only one team.”