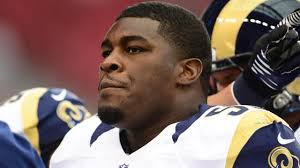 Pay per head services were very surprised to learn that on Wednesday, the NFL announced that Jo-Lonn Dunbar, St. Louis Rams linebacker, was suspended for the first four games of the 2013 season after he violated the league’s policy on performance-enhancing substances.

Dunbar gave an explanation and a short statement for the suspension after afternoon special teams practice. Coach Jeff Fisher did not comment and the player did not take any questions.

“First and foremost, I just want to say I did not take a performance-enhancing drug,” Dunbar said. “I mistakenly took something that prompted a failed drug test.

I want to say that I sincerely apologize to my teammates, the organization, coach Fisher, (Les) Snead (Rams general manager), my family and friends. I am deeply saddened by this but I plan to serve my four-game suspension and get back to playing football as soon as possible.”

Pay per head services found out that on Sept. 27, Dunbar, who in 2012 started all 16 games for the Rams, will be eligible to go back to the team’s active roster one day after the team plays the San Francisco 49ers at home in a Thursday night game.

The player is still eligible to participate in all preseason games and practices, according to NFL rules.

In 2012, Dunbar was second on the team in tackles with 115 after he signed in the off-season with the Rams from the New Orleans Saints. Pay per head services saw that the player added a pair of interceptions, 13 tackles for loss, and 4.5 sacks.

As he enters his sixth year in the league, Dunbar is set to count $2.3 million against the salary cap this year. Price per head services know that this is the last year of a two-year deal, which turns Dunbar into an unrestricted free agent after this season.

Dunbar’s fans and pay per head services following the player would like to see him back in action as soon as possible, and will closely follow developments.