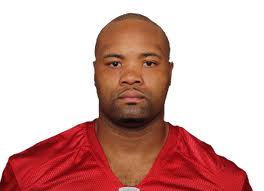 Pay per head services were surprised to learn that after the Washington Redskins were dominated by the San Francisco 49ers’ defense, one of the players who helped bewilder the Redskins said he doesn’t believe that QB Robert Griffin III should play.

Ahmad Brooks, who had seven tackles (three for loss), a pass defensed, two sacks, and two QB hits in the 49ers’ 27-6 win, said that he doesn’t believe that Griffin completely recovered from the knee injury that he suffered last season and should not be playing, and many fans and price per head services believe that he could be right.

“He’s obviously a man and he makes his own decisions, but I personally don’t feel he should be playing right now,” Brooks told CSN Washington.

Griffin threw for only 127 yards on 17-of-27 passing with one interception and in the loss was sacked four times. Pay per head services saw that Aldon Smith had the other two sacks for San Francisco.

Pay per head services saw that the player started the game with four incompletions. The play lost a yard when Griffin finally completed his fifth pass, and his sixth attempt was intercepted.

“We’ve got to conquer some of the demons that we have going on as an offense,” Griffin said, “and just as a team in general.”

This season, the interception was Griffin’s 11th pick, which is more than double his total of five for all of the 2012 season, and pay per head services know that he still doesn’t have a rushing touchdown this season. Last season he had seven. Griffin ran six times for 22 yards on Monday.

“What am I supposed to do, come up here and talk about how bad we are? That’s not my job,” Griffin said at his news conference.