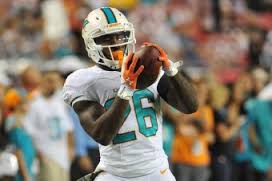 Bookies found out that on Wednesday, running back Knowshon Moreno was activated by the Miami Dolphins, and pay per head agents believe that the team will become much stronger with the player back in action.

Sports bookmaker services learned that after minicamp, the player underwent knee surgery, and during his first practice he could only do individual drills. Bookies and pay per head agents believe that it’s not very likely that Moreno will play against the Atlanta Falcons, even though coach Joe Philbin didn’t completely rule him out for the team’s preseason opener on Friday.

“It’s a little too early to tell; I mean, this is his first practice out here,” Philbin said. “So I don’t know if it’s a wise coaching decision for a guy that really hasn’t participated to throw him in a game.”

The team is gradually working on the player. Pay per head agents found out that his first 10 days of training camp were spent rehabbing his knee, and he was dressed in full pads on Wednesday, but many bookies were concerned when they learned that he was only able to do position drills.

Moreno wants to be completely ready when the regular season gets underway, and pay per head agents want to see him ready.

“Today was testing it out and seeing how it feels,” Moreno said of his knee. “I feel good. What I did today, I felt pretty good doing it. Now, the next couple of days I’ll just progress and do more and more each day.”

Pay per head agents and bookies saw that in 2013, while playing for the Denver Broncos, Moreno was able to set career highs with 10 touchdowns and 1,038 yards.

The Dolphins signed Moreno during the offseason to a $3 million, one-year deal to compete with starter Lamar Miller in order to boost the team’s running game, and sports bookmaker services believe that they made a very good move, but pay per head agents can see that Miller is ahead of Moreno thanks to a solid start to training camp and a good offseason.

“I cant really think about the depth chart,” Moreno said. “Wherever the coaches want me to be, that’s where I’ll be.”