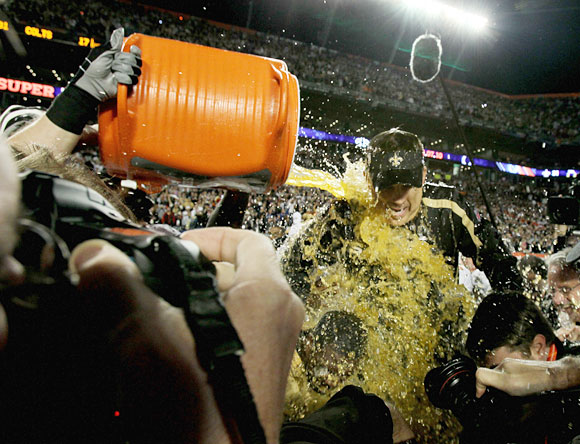 Who knew that Gatorade had to be closely guarded the day of the Super Bowl, but that is one of many crazy non game related props found at live betting sportsbooks. This year, as in years before, price per head fans can lay their money down on the color of the Gatorade (or liquid) to be dumped over the head of the winning team’s head coach.

This year will however be the first year that sibling head coaches square off against each other, so whichever team wins, it will be a Harbaugh (John or Jim) getting the shower.

The coin toss is a 50/50 prop that oddly enough has come out exactly that. Out of the previous 46 Super Bowls, the coin has landed on both heads and tails equally.

With a time of 2 minutes and 15 seconds, live betting fans can wager on whether or not Alicia Keys will go over or under the time while singing the national anthem before the game. There are even odds on whether she will miss or fudge a word.

Beyonce is this year’s halftime show and price per head shops wonder whether hubby Jay Z will join her on stage. (yes is 11/10 and no 2/3)

If you think more about the stock market after the game, then live betting fans could wager on whether the Dow Jones will be higher or lower the next day. (up 5/7 and down 1/1)

For those not interested in the game itself, the Super Bowl is the premier stage to see the brightest and best commercials of the season. Beer companies, car companies, and food companies pay top dollar for the chance to advertise to the most watched event of the year.

Check your price per head shop for all the props available.