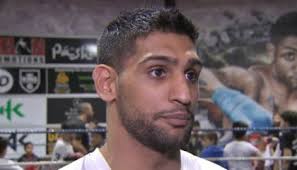 Amir Khan said that he would like to see Manny Pacquiao face Floyd Mayweather, even if he can’t take on the American this time around, but online bookmakers know that he still didn’t give up hope.

Khan hoped that his impressive fight with Devon Alexander would give him the chance to face Mayweather, or if the clash couldn’t take place, Pacquiao.

However, after quite a few years of not agreeing on a fight, both boxing superstars seem to be straight on their way to face each other in Las Vegas, in a showdown that’s expected to happen in May.

The clash was not yet confirmed, but the Briton said that he won’t complain, because being a fan of the fight himself, he would like to see it get underway.

“I think they are hopefully fighting each other in May. I think I probably have missed that chance of fighting Floyd or Manny,” he said.

“I was speaking to both parties. It was going to happen. But because I’m a huge boxing fan myself I can’t really argue. It’s a fight that everyone has been waiting for. I want to see it myself as well.”

Khan also wants to have a fight in the month of May, and online bookmakers services learned that he could take on Kell Brook instead, in what would be an All-British showdown.

However, Brook is set to face Jo Jo Dan from Canada on March 28, defending his IBF welterweight belt for the first time, so Khan said that the fighter from Sheffield will most likely not fight him.

“Kell is fighting in March, and I want to be back in the ring in May. The turnaround for him will be quite difficult,” he said.

“There’s a few other names…there was talk of Miguel Cotto and maybe getting that fight done. There’s Tim Bradley – there’s some huge names in the 147 division.

“We are just taking our time at the moment. We are all waiting for that (Mayweather v Pacquiao) announcement. Anything can happen. Mayweather may not announce that he’s fighting Pacquiao. It could be myself. We have to wait for that announcement and then see where we go.”

“Definitely – it’s put me in a great position, that great performance in my last fight against Devon Alexander,” he said.

“For the winner or the loser, it would be a massive fight. Manny and Mayweather are huge names in boxing. I think I am on their radar.”