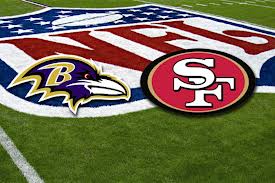 Pay per head sportsbooks are busy putting up all of the Super Bowl props for the upcoming big game of the San Francisco 49ers versus the Baltimore Ravens.

Here we have a brief glimpse at some of the props available for Super Bowl XLVII.

One of the more popular of the Super Bowl props at price per head sites is player to be named the Most Valuable Player of the game.

Player to be named 2013 MVP of the Super Bowl

Along with the MVP Props, the following will also be offered at pay per head sites:

Quarterbacks Joe Flacco and Colin Kaepernick will have a large selection of props available and will appear in several prop sections such as MVP, Scoring, Contests, and of course Quarterback Props.

Will pay per head sites have any trouble with the Maryland branch of the feds remains to be seen, but local pay per head bookies are encouraged to keep their eyes and ears peeled for any odd activity.

Of course there are so many props available, everyone is sure to find they one they want.

The first scoring play of the game will be: