Pay per Head: Stripper hits Jacoby Jones on the head with champagne bottle 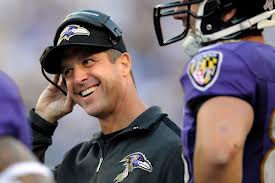 John Harbaugh, Baltimore Ravens coach, confirmed that WR Jacoby Jones, who is undergoing rehabilitation from a knee injury, took part in a brawl on a party bus early Monday morning and was injured after a stripper hit him on the head with a champagne bottle – an incident that left fans and pay per head services in a state of shock.

Harbaugh said that Jones was “fine” and, that on Monday the Pro Bowl kick returner attended meetings, to the relief of many fans and pay per head services.

A spokesperson for the Metropolitan Police Department told The Baltimore Sun that shortly after 3 a.m. ET police responded to the incident. The player refused medical treatment and decided to not go to the hospital, and pay per head services wonder why.

Price per head services learned that Jones suffered an injury in the season opener and did not practice for the last two weeks. He was one of the star players in last season’s playoffs for Baltimore, as he caught a last-minute touchdown in the AFC divisional playoff game in Denver, and in the Super Bowl he returned a kickoff for a touchdown.

Harbaugh had a word with Jones and the players who were involved in the situation.

Harbaugh also said that he wasn’t very happy at all with his players partying so late.

“That was enforced in our household that nothing good happens after midnight,” Harbaugh said. “I did reiterate that with the guys today.”

Pay per head services were pretty amused when a reporter asked Harbaugh, who on Monday turns 51, whether his birthday would be celebrated in a party bus in Washington.