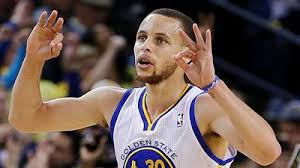 Stephen Curry, Golden State Warriors point guard, does not want to see coach Mark Jackson leave, and neither do many pay per head sportsbooks.

“What Coach has gone through this year has been unlike anything I’ve seen — just the amount of distractions, the circus that has been around him and the decisions he has had to make,” Curry said. “I love Coach more than anybody. For him to be in a position where his job is under scrutiny and under questions is totally unfair.”

Pay per head sportsbooks believe that Joe Lacob, Warriors owner, will hear many opinions while he evaluates Jackson, who led the team to back-to-back winning seasons. Several reports describe the Warriors’ ownership group and the player as not being on the same page.

“It would definitely be a shock to me if anything like [a firing] would happen,” Curry said. “I’m definitely going to voice my support for Coach to anybody that asks me all summer.

“He deserves to be our coach next year, and we’re going to come back and build off of the momentum we’ve gained over the past three years and continue to grow as a team. I want Coach Jackson to be that guy leading us.”

Jackson, who at the end of last season had his 2014-2015 option picked up as Gold State refused to offer him a contract extension, led the team to two consecutive seasons of at least 45 victories, impressing fans and pay per head sportsbooks everywhere in the process.

However, this season two assistant coaches left and price per head services saw a physical playoff series with the Los Angeles Clippers ended with a loss in Game 7 and a shouting match after the game.

Jackson repeatedly rubbished reports that the Warriors have a dysfunctional atmosphere, or that he was told by management that his job is at risk. Pay per head sportsbooks saw that instead, he said that it was “sideline music” and reminded people that making a championship contender “is a process that takes time.”