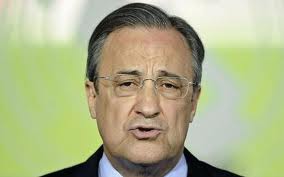 Price per head services saw that in September, Welsh winger Bankia signed for Real from Tottenham for a reported £85.3 million fee, and Dutch MEP Derk Jan Eppink claimed that the bank, which last year was bailed out by the Spanish government, helped pay the fee.

But pay per head services found out that on Wednesday, Perez strongly denied those allegations.

“We have not done a deal with any financial body, for the umpteenth time, as I’ve said ad nauseam,” he told Desayunos Deportivos de Europa Press.

“People in football know what’s actually going on and what is not.

“Bankia did not pay for the transfer of Gareth Bale, we completed it using our own resources. The financial statement was made public and all our shareholders have a copy of it.

“Now it’s said that they (Bankia) helped transfer Bale to us and it’s a lie. Real Madrid paid for him with significant resources and I’m a little annoyed to have to speak about it.”

Pay per head services saw that when he made his complaint, Eppink threatened to take the case to the European Commission, and on Wednesday they confirmed that the legality of public funding at Real Madrid would be looked into, as well as Athletic Bilbao, Osasuna, Valencia, Barcelona, Hercules, and Elche.

The Commission is also expected see whether the reported land transfer that took place in 2003 between Real and the City of Madrid involved any state aid in favour of the club, and pay per head services would like to see what the outcome of this will be.

“In regards to our business with the Ciudad Deportivo (Sports City training ground), there was a complaint and a subsequent investigation,” added Perez. “They wanted to hurt us but nothing happened.”