Pay per Head: Igesund praises his players for following his instructions against Spain 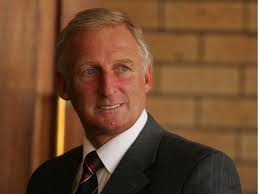 Gordon Igesund, South Africa coach, was very happy with his team’s execution after defeating Spain 1-0 in a friendly match on Tuesday – and pay per head services were truly impressed by their win.

Pay per head services saw that in Johannesburg, a strike on the second half by Bernard Parker was all that the South Africans needed to beat Vicente Del Bosque’s side.

Igesund said that the tactics he used were spot on, and praised his men for executing his instructions.

“Our game plan was fantastic. The players were fantastic. We executed tactically what we wanted to do,” Igesund said.

“We allowed them to have balls in certain areas. We knew exactly what they were going to do. The guys executed it (the game plan) so well.

“Those are the things which make a coach very happy.”

South Africa was not able to qualify for Brazil 2014 and pay per head services thought that Spain would run riot at the FNB Stadium against Igesund’s players.

The coach urged his players not to get carried away, but said that the victory was a sign that they were moving in the right direction, and price per head services can see this.

“I know a lot of people wrote us off, saying we’re going to get seven or eight scored against us tonight, but this team is on the up,” he said.

“There is no doubt about that. How often and when last can we say that we beat the world champions?”

Pay per head services saw that Igesund had an altercation with Spanish officials late in the game after goalkeeper Victor Valdes was injured, but Spain used their maximum of six substitutes.

Del Bosque brought in Pepe Reina as their seventh change, and Igesund said that it should never have happened.

“The referee or the fourth official came and asked me if they can they put another player on. I said ‘Look, I’m not the referee and we need to follow the rules’,” he said.

“It was an official game and they needed to speak to the referee. We were told in the meeting before the game started that the maximum was six changes. This is an international friendly match – I don’t think the rules needed to be changed.

“I never said they must not put the players on. The referee must do so because they gave us the rules.”