Pay per Head: Cuban has a quick chat with Howard 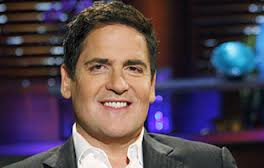 Pay per head services found out that on Friday, Dallas Mavericks owner Mark Cuban and Houston Rockets center Dwight Howard had a brief and amiable conversation when the player arrived at the Toyota Center, a day after Cuban said that Howard made a “mistake in judgment” by not deciding to sign this summer with the Mavericks.

Cuban said he told the player that his comments made on Thursday were nothing personal, but pay per head services learned that he said that anyone who turns down a chance to play for the Mavericks is “an idiot.”

“Whether you’re buying a product from one of my companies or making a deal with me instead of somebody else in ‘Shark Tank,’ if I don’t have the confidence of our product to think that you’re making a mistake if you don’t do business with me, then it’s on me. I always feel that way. I don’t know if he understood, but that’s the reality. If you’re a free agent and you pick somewhere else, you made a mistake in judgment.”

And Cuban insisted that LeBron James was wrong when in 2010 he chose the Miami Heat instead of the Mavericks, and pay per head services wonder how things would have turned out if he joined Dallas.

“You know, what can I say? It was still a horrible mistake,” Cuban said, laughing. “He could have had three [titles].”

Cuban, who argued for a long time with former LA Lakers center Shaquille O’Neal and coach Phil Jackson, said that he also made the original comments about Howard because he knew that there would be a reaction. Price per head services saw that he was somewhat disappointed that Howard had yet to publicly offer a retort, saying that he needed “a new bucket boy,” a term that he somewhat warmly used to call Jackson.

“I always like to have people to mess with,” Cuban said. “I throw out a few jabs every now and then to have fun. You know, wins and losses are serious, but this is still fun and I’m going to have fun. And if you guys don’t like it, that’s your problem.