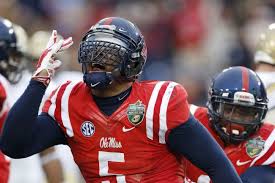 On Saturday, LSU will take on Ole Miss at Tiger Stadium and see if they can give the Rebels their season’s first defeat. Pay per head agents saw that last week, the Tigers were able to demolish the Kentucky Wildcats 41-3 as the favorites by 11.5 points, making it to 4-1 ATS in their last five games played at home.

Many sportsbooks opened up Mississippi’s betting line with the Rebels being the favorites by three points in Baton Rouge.

Earlier in the season, Ole Miss were able to win very important SEC games on the road when they took on the Vanderbilt Commodores and the Texas A&M Aggies with a combined 76-23 score, and they could easily cover when they played in both of those meetings.

Ole Miss closed as the dogs by 2.5 points when they faced Texas A&M, and that victory was followed with a 34-3 win at home against the Tennessee Volunteers as the favorites by 15.5 points.

Bo Wallace, QB for the Rebels, kept on making some very nice performances, recording 199 yards and two TD’s when his team faced Tennessee, and was able to throw for 346 yards when the Rebels beat the Tigers last year 27-24 as the underdogs by 9.5 points at home. Ole Miss went 13-4 ATS in the last 17 games that they played against LSU.

The Tigers are now the underdogs at home. They were able to cover in their last two meetings in this position, and both of these games took place against the Alabama Crimson Tide.

Pay per head agents can see that the Rebels are having a fine season so far, but they don’t have a history like that of Alabama – a team that in the last five years became national champions three times.

In three out of the last four games played against Ole Miss, LSU were the favorites, and the Tigers were able to win their last two meetings at home between them by 13 combined points.

However, there are some positive news, as the dog is 12-2 ATS in the last14 games, so the possibility exists that in this upcoming game, the Tigers could change things and clinch a win.

Many fans are looking forward to a very intense showdown between LSU and Ole Miss, and even though a lot of experts believe that the Rebels will be the ones to come out on top, nobody knows how the Tigers will perform on Saturday.