Panthers’ Hardy deactivated for game against the Lions 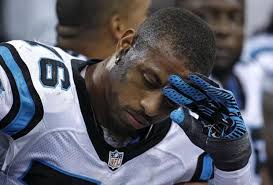 Panthers coach Ron Rivera said that he was fine about having Greg Hardy play the Lions on Sunday, but price per head agents found out that a while later he was deactivated from the game.

This week, Hardy, Panthers defensive end who’s awaiting a jury trial on charges stemming from domestic violence, was the subject of plenty of controversy, especially with the NFL’s other cases of domestic violence that involve Adrian Peterson, Ray Rice, and Ray McDonald.

On Wednesday, a tearful statement was released by Panthers owner Jerry Richardson about his stance and views on domestic violence involving NFL players.

“To those who would suggest that we’ve been too slow to act, I ask that you consider not to be too quick to judge. Over the course of our 20 years, we have worked extremely hard to build an organization of integrity…”

Considering Richardson’s stance on the subject, there were questions why the Panthers even thought about the possibility of activating Hardy. Those questions were rectified on Sunday morning by the Panthers.

However, the NFL and Richardson still completely back Roger Goodell, who was called out by media and fans to resign as the league’s Commissioner after of one of the worst weeks in the history of the NFL.

ProFootballTalk.com’s Mike Florio reported that Richardson was trying to get other owners to sign a support letter for Goodell.

“Other owners may also be involved in making calls and twisting arms to apply John Hancocks to a document that presumably would make clear to the world that the owners won’t be hiring a new captain for their 300-foot, gold-plated, money-printing yacht that but for this scandal would be sailing in mostly clear, open water,” said Florio.

Price per head agents can see how problematic this whole issue is proving to be, and would like to see what will ultimately happen with Hardy and the domestic violence problems plaguing the league.