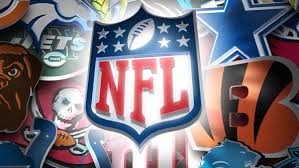 Local bookies found out that the NFL is eager to get very tough on players who decide to violate the personal conduct policy that the league has. One thing that is not well known with many fans is that teams in the NFL could also be hit with higher penalties.

According to sources, in an NFL meeting that took place in New York last week, team owners were discussing the possibility of getting the teams rid of draft picks for continuous violations of the league’s conduct policy.

Sources reported that preliminary discussions on this matter were being held, so now it isn’t clear at all what several violations would be made out of, and if past violations made by a player before he becomes part of an NFL team would be considered. However, it’s pretty clear that the league is seriously thinking about ways to have teams check the players’ conduct off the field more closely, besides taking the character of the players that they sign into additional consideration.

Now the NFL has a policy regarding salary payments that will see teams receive fines of up to $500,000 if they have many suspensions, whether these involve substance-abuse, performance-enhancement, or personal-conduct.

“What level of accountability should be expected of clubs?” wrote Commissioner Roger Goodell in a memo directed to team owners.
“Is the current Salary Remittance Program sufficient, or should additional measures be considered?”

The NFL did not want to comment when they were asked about the discussions related to taking away teams’ options to get draft picks due to the players’ behavioral problems.

Goodell still has hope that the NFL will have a new policy regarding personal conduct ready before the Super Bowl gets underway in February, and many fans would like to see these new rules finally put an end to all of the problems in the league regarding players.

Local bookies can see that there are many changes taking place in the league, and hope that things improve considerably when it comes to player behavior.