NFL Preseason: What does it all mean? 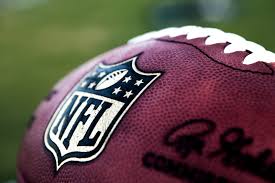 Many live betting fans are often left to wonder the meaning, if any, of the way a team performs in the preseason. The 2015 NFL preseason is reaching its final week and there’s so many takeaways from the past three weeks of action. But what can we take for facts for the upcoming season and what are just insignificant circumstances that we shouldn’t let them distract us? Is it wise to get hung up on a certain player or team’s performance in the past few weeks? Unfortunately, those are not questions that can be answered with a simple yes or no.

In the preseason we don’t get to see the stars of the NFL teams get that much time on the field as the other members of the roster get their chances to make an impression and earn their spot on the team. So, it is perfectly normal for a team as talented as The New England Patriots to look shaky on the field. However that doesn’t mean necessarily the same for a team that has dominated these past three games like the Eagles.

Week 3 of the Preseason is often regarded as the “Dress Rehearsal” for the NFL season. It is the game where the teams put on the field what will very likely be the team that will start the season. Ultimately this is the most anticipated week in the entire preseason by per head Sportsbook players and enthusiasts, because this week will mimic what the first week of the regular season will look like for most of these teams. However, even at this game, some teams prefer to save their stars for when the “real games” come.

For example, in week 3 the Packers (Super Bowl contenders) did not risk Aaron Rodgers and their offense struggled against the Eagles Defense. While Philadelphia gave Green Bay a taste of their offensive weaponry and emphatically beat them 39-26. Covering the point spread and just looking like a big green menacing machine.

While many people inside the NFL go on and on stating that the preseason “doesn’t mean anything”, there are several truths that are uncovered during this time. The Patriots and Packers might not look as dominating as one might have expected, but that doesn’t make them any less of contenders as they were before preseason began. The Redskins are a mess and while they claw a win this season, it is very likely that they are headed for a disappointing season (again).

The smart play for live betting fans is to take the lessons learned on the preseason and not forget them when week 1 comes around.