NFL Preseason: The Philadelphia Eagles might be the Real Deal 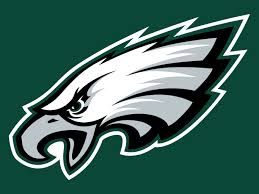 The Philadelphia Eagles were not expected to be mentioned at this point as possible sleeper contenders, but after three solid performances, per head bookmaking services could soon be singing a different tune. The Eagles are 3-0, and those three wins, they have earned rightfully. The hand of Chip Kelly is becoming more evident, but is it just for the preseason. Can we bank on the Eagles on truly being a serious competitor this upcoming NFL season?

One of the reasons that the Eagles have had a very positive preseason lies on Sam Bradford’s role as their Quarterback. Chip Kelly’s decision on trading for Bradford, probably was not regarded as a smart move at first, but the combination of Bradford’s talent and Kelly’s coaching could prove to be an asset coming into this season.

Furthermore, another of the Eagles strong points so far has been their depth. In preseason all the NFL teams put to the test their depth in order to help determine which players will they use once the regular season comes. In the case of the Eagles, they have dominated. For per head sports betting purposes, they have covered the spread in all three games. Their offense has been on point and their defense has been strong.

Of course a great record in the preseason doesn’t immediately translates into a great regular season. Most teams tend to reserve their starters for the most, to avoid injuries and to give chance to the other members of the roster to demonstrate that they are able to earn a spot on their team. Now, this means that there is a significant talent drop off between starters and other members of the team. In the case of the Eagles, there appears to be a great deal of balance between the lines.

Granted, the Eagles did not get to see much of two of the best QBs in the game, when they faced the Colts and the Packers, but not giving the substitutes enough props would be unfair as they were able to handle two very talented teams and come out unscathed.

For the time being, anything can be expected from the Eagles at this point. The regular season holds a brand new challenge for them. Per head bookmaking services will definitely reconsider their chances of making it to the playoffs and, who knows? Maybe we will see the Eagles take the field on Super Bowl 50.