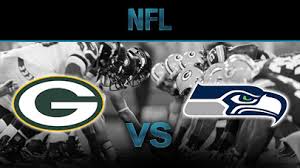 On Sunday, the Seahawks and Packers are getting ready to square off at CenturyLink Field in a game that online bookmakers and fans all over the country don’t want to miss.

The Seahawks, defending champions of the Super Bowl, were able to win the two last games that they played with Green Bay, which include a 36-16 thrashing in Week 1 as the favorites at home by 4.5 points. Now the Packers and QB Aaron Rodgers will open up as the 7.5 point dogs on the road in an NFC Championship Game that the fans can’t wait to see.

The betting line opened with the Seahawks as the favorites by 7.5 points; and 47 was the total.

For this upcoming game, there is plenty of uncertainty regarding Rodgers, who did a very good job during the second half of the Packers’ 26-21 playoff victory last Sunday over Dallas in the NFL’s divisional round. As the player who’s the favorite to clinch the NFL’s MVP award, he was amazing when it came to leading Green Bay to victories in their last three meetings, as well as in eight out of the last nine clashes that they had.

But the QB for the Packers is only able to handle so much, and they could have a very tough time playing consecutive weeks against Seattle’s defense on the road. The most important thing will be if in this meeting, Rodgers will be able to keep his team close. That’s what the player did in the last game’s first half against Seattle in the season opening game before things crumbled.

If at halftime the game remains close, the result could be much different, with the QB apparently becoming stronger as the meeting continues.

The Seahawks’ defense was exceptional in the team’s winning streak of seven games that moved the power balance in the NFC from Green Bay to the Pacific Northwest.

During that time, Seattle did not allow over two TD’s in any matchup, and also have not surrendered more than two in either of the previous two meetings with the Packers.

That’s the most important reason that the Seahawks were able to cover in almost every single meeting in the winning streak with a 6-0-1 mark ATS, as they fell exactly on the number when they beat the Panthers 31-17 as the 14-point favorites at home.

The Packers don’t have many chances at all to cover the game if they don’t score over two TD’s, and in that scenario they almost have no chances of winning.

Rodgers’ health is questionable for this meeting due to his injury to the calf, and Seattle’s defense must be relishing this showdown.

Seahawks QB Russell Wilson can mess up defenses with his ability to scramble, and Green Bay did not do very well when it comes to QB’s with good mobility.