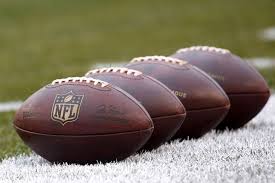 Football betting fans finally got their first taste of some action in week 1 of the preseason, and for what it’s worth the games that we saw left some interesting facts that can be very useful on the upcoming preseason weeks. Pay per head agents have taken notice to the different performance by the teams this season and some considerations might have changed for the upcoming games. Here are some of the most important facts that you must know for the rest of the preseason when laying your action on any per head sportsbook software.

First, we must highlight the Baltimore Ravens and how they were able to look strong on their very first outing of the season. Their offense had a pretty decent showing that definitely demonstrate that under Marc Trestman they might be able to get some rhythm and get some wins this season. Both QBs Flacco and Schaub looked great, and their rush game was also on point against a very decent team like the Saints. They will have offensive firepower to put numbers on the board. When the Ravens play the over will be a very attractive bet.

We might as well get it out of the way. It must be said. Even if its something that most of us already knew. The Cleveland Browns’ defense was not good before and still is no good. They don’t seem to be getting it together. But the absolute worse is their run defense. They were dead last in the previous season when it came to defending the run game, and it definite looks like they will still struggle judging from what we saw on their game against the Redskins. Don’t expect pay per head agents putting them as favorites on the coming games. If and when they face a strong running game team, they will struggle a lot.

Finally, the Oakland Raiders might be gearing up to do something special this season. Amari Cooper is really starting to look like a receiver that will make is mark on this team. While still is too early to call, reports from people close to the Raiders are very positive when it comes to the Rookie receiver. His game against the Rams really was positive and he did look comfortable in Oakland’s offense plan. If he has a decent season and the Raiders manage to keep a good defensive stronghold, do not be surprised if by the end of the year you will see them fighting for a Wild Card spot.