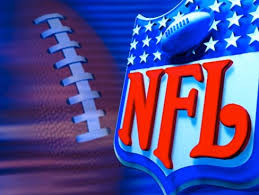 The eagerness of the average NFL fan for the season to begin is huge, and it can’t be described to a person that is not a fan. So much so that as soon as the preseason schedule is announced, several fan are checking for lines on the upcoming preseason games, waiting to get into their sportsbook software and lay their first bets of the season.

However, some let that eagerness blind them and place some bets that might be a bit reckless this early in the schedule. Preseason games are the most unpredictable of the entire year. Even more so than the playoffs. In these games the coaches test their first and secondary teams in order to get a full picture of the talent in their roster.

You will see a team like the Seattle Seahawks for example put in a great performance in the first couple of quarters of a preseason game, then the secondary unit will come into the field and there will be a considerable talent drop off. The players on that secondary team are there for a reason.

Not only that, it is fairly common that the coaches from both teams going into a preseason game to have a conversation before the encounter and decide at what point in the game are they going to substitute the starters and so on. This makes it very tough to fully have a grasp of what may happen in the game.

Your sportsbook software will display some attractive lines that will entice you to lay some risky bets, because of the teams involved, and you might want to lay some action and be completely blown away.

When you look into the schedule and the lines for preseason games at a pay per head sportsbook, the best practice is to be conservative with the wagers you place. Keep in mind that the preseason is not the time where the NFL teams put the pedal to the metal. Also worth noting that the preseason is a time of the year where several upsets happen, because there is really no significance (for the teams) the outcome of the game.

Perhaps the best piece of advise for the average player during the preseason, use it as a time to lay some conservative wagers on your sportsbook software and do it to have some fun. Do not read too much into the outcome of the games, even if a favorite gets blown out of the water.