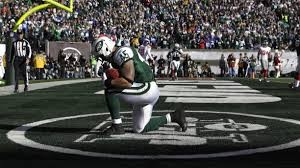 Rex Ryan’s time with the Jets came to an end, and the coach is now working with the Bills. Todd Bowles got his first opportunity to lead the Jets as head coach, and he’ll be taking over a team that was not able to reach the playoffs since making it to the AFC championship – with Ryan at the helm – in 2009 as well as 2010. For this upcoming season, PPH bookie services don’t see the Jets making any big changes, so they gave the team odds of +750 to be the AFC East winners, 18/1 to win the AFC Championship, and 50/1 for the Super Bowl.

There were quite a few predictions saying that things will not change much for them unless they work on their QB problems, and QB Geno Smith, who’s set to play in his 3rd season, had quite a few turnovers. In his couple of tries behind the team’s offense, the player had at total of 34 picks and 41 turnovers. In the case that Smith won’t be the one in charge of team’s offense, he’ll probably be let go.

If Smith fails, the Jets have the option of Ryan Fitzpatrick, who joined the ranks of the Jets in the offseason. In fact, many experts believe that he could be the one to take Smith’s place. Whatever happens, and whoever starts, the starting QB is going to heavily depend on a ground game that features RB Chris Ivory, who in the last couple of seasons was able to rush for 833 and 821 yards. They also got the services of Stevan Ridley from the Patriots. However the player is questionable, as he’s trying to recover from an injury to the knee suffered last season.

The Jets’ running game could lose some of the pressure regardless of who starts as their QB, helping to send the ball to some very talented WR’s. Eric Decker is back, and in free agency they got the services of Brandon Marshall. The WR has plenty of size and strength, and recorded seven consecutive seasons with 1,000-yard received, before last year, when 61 passes for 721 yards were caught by the player with the Bears. Ohio State’s Devin Smith also joined in, and many in then NFL world believe that he could be great for the team’s offense.

It’s no secret that the Jets’ defense was what was keeping the team afloat. Their secondary – weak in 2014 – made great improvements by adding Antonio Cromartie and Darrelle Revis. The Jets got Leonard Young out of USC. The player has what is needed to play tackle, as well as the necessary speed to pull it off as a DE.

Since 2010, the Jets’ record was not a winning one, and this trend probably won’t change unless they strengthen their situation with the QB position. They have a very good running game and great receiving players, but when it comes to passing the ball, they did not finish beyond 30th place throughout the last three seasons. PPH bookie services believe that the Jets will be kept playing thanks to their defense, but it’s very unlikely for them to hit the field in the middle of January.