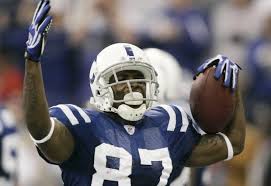 Reggie Wayne, who played as a WR for the Colts, is looking to feature this year in what would be his fifteenth and last season in the NFL. Sportsbook software services would like to see if he’ll hit the field again, and where he would end up playing if he does.

Many NFL fans can see that there’s a big question mark hovering over this possibility, as it still isn’t known if the player will feature this season or not.

Wayne will not talk about this yet, but he did say that there are quite a few teams out there looking to get him to join their ranks.

“It’s something I’m excited about,” said the WR. “I really am. I guess in due time we’ll figure out where it is.”

Mayor Greg Ballard gave the player a key to Indianapolis on Friday afternoon, something that shows just how important he is not only to the Colts, but to the city as a whole.

The veteran wanted to spend his last season in the NFL playing for the team that he spent his whole career in, but things did not work out the way he wanted them to, as on the 6th of March the Colts made an announcement, saying that the player would not sign again with the team.

When he was asked why he wanted to play in the league for another season, the WR said, “I want to finish how I know I can finish.”

Last season was not one that Wayne could brag about – in fact sportsbook software services saw that it was the worst one that he played in since 2002, as he recorded a total of 64 receptions made for 779 yards and 2 TD’s as he was struggling with an injury to the elbow -besides a torn triceps – during the season’s second half.

The WR went through surgery for his triceps during the offseason, and he said that he’s looking forward to being “as healthy as he possibly can.”

“It’s weird ’cause this is one of my best years as far as being in the best shape that I’ve been in a while,” said Wayne. “It’s coming along great.”