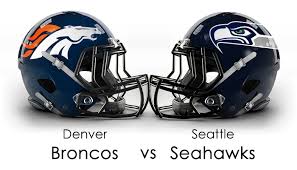 The people really dig this game even if it’s preseason. Forbes predicts the Seahawks vs. Broncos preseason game will be the most expensive preseason NFL game on secondary market since 2013. It’s been two years since they squared off for the Superbowl and the teams will look expectedly different as Peyton Manning isn’t expected to play in order to remain fresh for week 1 of the regular season. Meanwhile the Seattle Seahawks are expected to flaunt their position players for at least one series.

Pay per head sportsbook has the Seattle Seahawks tied for favorite to win the Superbowl at 11/2 with the Green Bay Packers. The Broncos are at 15/1 at the best pay per head company. This affair won’t be as exciting. The teams will not go all out and Kubiak won’t pull out the big bag of tricks in this game. The game will be very vanilla on both sides, even though Pete Carrol takes preseason a little more serious than others.

On the Broncos side the coaches are going to be looking at certain players and evaluating them on different situations. They really need to keep a close eye on the depth at Offensive Line, Defensive Line and Tight End to name a few.
Player safety will also be a focus for both teams as none would like to come a way to major injury to player being counted on. The starters will probably play for a quarter and some change, and then the back- ups will come in for the majority of the game.

Line play will be very important in this game and as I mentioned before they will be examined with a keen eye for this year’s game planning. Running back play will also be very important but Carrol might chose to wait for the 4th quarter to take a look at that. Quarterback play, the depth chart will be sorted out in these preseason games as the QB’s will have position battles for second and third string.

There is no doubt these two teams are powerhouses and forces to be reckoned with throughout the season, but this game has other agendas at hand. Manning will be looking to make one more push and the kids at Seattle are looking to take a leap. With Coach Carrol pushing them along and the acquisition of Jimmy Graham they look pretty dangerous.