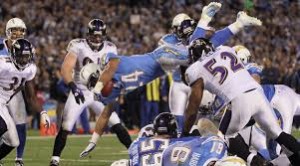 Isn’t it great that NFL Football is back? Bookie Services and per head agents rejoice! The 2015 season is finally here! This first week of action will see a very interesting matchup between the Lions vs the Chargers in Qualcomm Stadium in a game that will feature two of the most talented QBs in the league right now. If you are still unsure on how to bet on this game, we will give you our exclusive analysis and our pick.

The importance of the opening week is that getting a win this early on the season helps to shed any doubts coming into the season and it will allow for confidence to build. In terms of bookie services, it helps players to start noticing trends and performance by key players. For both these two teams, confidence is definitely going to be needed for this season. The Chargers have a lot on their mind, on the field and outside. While there are a lot of talks of the team moving away from San Diego, and the Lions have a good team that wants to aspire to bigger and better things.

Bookie Services users will find this game to be very interesting because both teams match up really well. Detroit lost Ndamukong Suh, but their defense is still very scary, they will be a tough unit to beat. It will be a great test for the Chargers offense to face a team that will be looking to put the pressure on Rivers from early on the game. The Chargers will need for tailback Danny Woodhead to be on his A game.

The Lions have a powerful and competent offensive unit that has QB with a great arm in Matthew Stafford, and he has no shortage of great targets to look for when making the ball fly. The contest between the Lion’s receivers and the Charger’s secondary will definitely be the highlight of the game and were perhaps the game will be decided. But let’s not forget that the Chargers do feature a fragile front seven, and the Lions might want to the exploit that. If Detroit mounts a good running offense, the Chargers will have a hard time stopping them. Live betting fans should take notice on Detroit’s RB Ameer Adbullah.

The final score of the game will be 30-24 in favor of the Lions. The Chargers will go down fighting on this game, though.