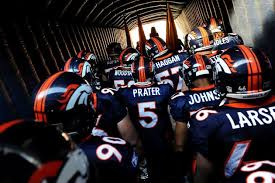 For the past few years in every per head sportsbook, the Broncos were probably one of the most favorite teams by bettors to win it all. For the 2015 season, the Broncos are a singular and odd case. Their star Quarterback, Peyton Manning, might be in the twilight of his career and his skills might not be what they once were. But still has the talent to deliver important performances for his team. Despite the Broncos being almost a shoe-in for the Playoffs, most sports betting fans are probably going to reserve their pick on them to go to the Super Bowl and much less win it. The Broncos do not appear to be good enough to make it there.

But if there’s one thing that needs to be said about the Broncos, is that perhaps their offense might not be a powerhouse this season, but their defense will be a major weapon. Currently, according to a lot of experts and pundits, the Broncos might have the toughest defense on the league. That could carry Peyton Manning and the offense to get some wins in hard fought games. Per head sportsbook members should keep an eye out for the Broncos and how they will be gritty in order to win their games.

The biggest take away from the Bronco’s preseason, is that even though there is more focus on them because of their offense, their defensive unit deserves a lot of props and recognition. They dominated during the preseason, and starters and back up players provided an interesting mix of talent that has earned them the attention of the sports media and per head sportsbook experts. This will definitely be of enormous help for the Broncos, as their defense will take a big load of pressure of Peyton Manning’s shoulders.

If the Denver Broncos are able to build a momentum during the regular season, they will enter the post season with enough confidence to aspire to greater goals. In the playoff scenario, it will be interesting how their defense will respond. It has been said before that “Defense wins championships”. So by that measure the Broncos could be a per head sportsbook favorite.

What seems to be the deciding factor for the Broncos will ultimately fall back again on Peyton Manning’s arm. If he is able to produce, the Broncos will have more than just a fighting chance. Our predicition for them is that they will reach the AFC championship game, and will get knocked out by the Patriots… again.