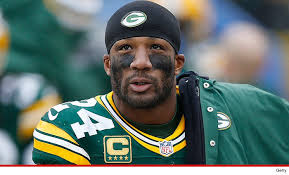 The Packers could be looking to have veteran CB Jarrett Bush back in their ranks, but if this is the case, he’ll only be able to start in Week 5, as sources reported that the player got a four game suspension for having breached the league’s rules on performance enhancing substances. PPH bookie services can’t imagine many fans being very happy about this, and would now like to see how his absence could affect the team’s overall performance in these games.

This latest setback means that Bush, who’s a free agent, did not receive a suspension for having been arrested in March, when the player received charges due to public intoxication in California, something that the team’s fans remember very well. The player received no charges and was then released.

Derrick Fox, the 31-year-old’s agent, did not comment on the player’s suspension.

Earlier during the offseason, coach Mike McCarthy said that the door was still open for the CB to make a possible return to the team, and many fans hoped to see things run smoothly, but can now see that this might not be the case.

Bush was a player for Green Bay from 2006 through the 2014 season, and he featured mostly in special-teams and as a backup. He entered free agency in March, the month when his $5.25 million, three-year deal came to an end.

Even though Green Bay gave rookie CB Quinten Rollins the player’s No.24 uniform, McCarthy said that it didn´t mean that Bush would stop playing for the Packers, and many NFL fans hope to see him back with the team as soon as possible.

“Jarrett is a nine-year player here,” the coach said in May. “If he did come back to us and things worked out in the future, he’d be wearing 24. I think it’s premature, frankly, that we did that. But Jarrett Bush is still a free agent.”

Bush turns out to be second player from Green Bay’s 2014 squad to get a suspension during the offseason. DE Datone Jones was banned from playing in the NFL’s regular-season opening game after also having breached the league’s policy on substance abuse. TE Andrew Quarless and DT Letroy Guion could also receive suspension after they were arrested in the offseason.

The Packers’ fans and PPH bookie services are very concerned about how the team will perform with these suspensions, and just hope that things run as smoothly as possible when the regular season gets underway.